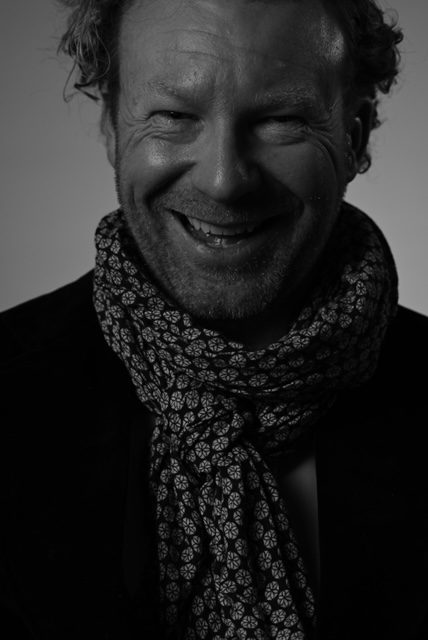 12 Jun 2022 A passion for languages: a short interview

Posted at 08:30h in Uncategorised by Stephen Pax Leonard

Below is the transcript of a short interview with the students at Moscow State Linguistic University. Thank you, Katja, for putting the transcript together. It was a pleasure talking to you all.

Ekaterina: We are delighted to have with us today Dr Stephen Pax Leonard – a renowned linguist, writer, traveller and former investment banker. Dr Leonard has travelled to more than 70 countries and lived in Russia, France, Norway, Sweden, Greenland and the Faroe Islands. He also speaks 6 languages and that is where I would like to start, if I may. Tell us please about your interest in languages and how that came about.

Leonard: I have always been fascinated by languages. I can remember as a child going to airports and hearing all these strange languages buzzing around my ears. As a boy, I simply wanted to go everywhere and learn every language. To me, that seemed like an obvious undertaking. It is good to aim high, you know! I felt that learning a new language offered a new window onto the world, an opportunity to see things from a different angle but the appeal was also musical. Subsequently, I loved that sense that as a language learner you become a quasi-other. You sort of step out of yourself. I think my interest in languages began in earnest though at school. I had an inspirational German teacher, and German became my first love! I studied French, German and Spanish at school. Subsequently, I was a student at the Sorbonne in Paris. My parents had wanted me to be educated partly at least in French. My mother came from a French Huguenot family, and my father was a descendant of the de Umfreville family – a family of Anglo-Norman barons who were titled up until the 16th century. But, me being me, I went to the Sorbonne and studied German! At the time, I think I was the only Englishman studying German at the Sorbonne.

Ekaterina: And what did you do when you left university?

Leonard: I worked in investment banking. I was mainly based in London with short spells in Paris and New York. In my first job, I traded German domestic mortgage bonds and spoke quite a lot of German at work. Then, subsequently, I wanted to get some experience on the equities side and spent 4 years working in an area of corporate finance called Equity Capital Markets. I spent much of my time in eastern Europe advising the Polish and Hungarian governments on privatisation programmes. But, of course, all the time I was teaching myself new languages. In my first job I had a Danish colleague and taught myself Danish, and then subsequently switched to Swedish. After 8 years working in investment banks, I decided to take what I assumed would be a career break. I loved the world of finance, but I still had a craving to learn in an academic way. I studied linguistics and philology at Oxford and came first in the year for the M.Phil programme. Then, I was offered funding for three years to do a PhD at Oxford. How could I say ‘no’?!

Ekaterina: your PhD was on the Icelandic language, is that right?

Leonard: yes, I had a long-term interest in Iceland and Icelandic. In terms of my research, I was interested in the question of why Icelandic had never fragmented dialectally. It turned out that the leading scholar on this subject was based in Norway, and I was lucky enough to get a grant from the Norwegian Government to study with him for 6 months. As well as Icelandic, I taught myself Norwegian whilst living in Oslo. I also became very interested in country skiing and probably spent too much time in the mountains, I dare say… Some years later, I started to compete in cross-country skiing marathons in some of the world’s coldest places!

Ekaterina: apart from the Norwegian mountains, where did life take you after you finished your PhD?

Leonard: As soon as I finished my PhD, I was offered a Fellowship at Cambridge. So I worked at Trinity Hall, Cambridge for 3 years. There I published my first two books as well as my first volume of poetry. And it was towards the end of my time in Cambridge when I won a grant from the British Academy to document a language and the oral traditions of a very remote Inuit sub-group living in the far north-western corner of Greenland. I lived alone in a hut for a year on the edge of the Ice Sheet and learnt as well as I could Polar Eskimo which has approximately 700 speakers.

Whilst at Oxford, I had rowed for the university but at Cambridge I switched to running and as there were no mountains or snow in Cambridge, I started to run marathons instead of skiing. I ended up running 5 marathons and ran for Cambridge in the Varsity Race. For memory, I think I came second to last and realised at that point that I was getting a bit long in the tooth to compete against students.

Ekaterina: Having spent so much time in the Arctic, I think that you really must like cold places! Staying with the cold, let’s move our focus to Russia. How do you like living in Russia?

Leonard: I like it very much. I had been interested in Russia for some years before I was offered a post here. You may recall that Winston Churchill described Russia as a ‘riddle wrapped in a mystery, inside an enigma’. Well, that’s as true today as it was then in 1939,  I suspect. And that for me is part of its appeal. The women are enigmatic, the churches are enigmatic, so much is cloaked in mystery. Russia and Russians are so sorely misunderstood in the West. But as an ethnographer all these challenges draw me in. Without doubt, I can say that Russians are the most cultured, intelligent people I have met anywhere in the world. I know that might sound like a sweeping generalisation, but I believe it is true. It is also perhaps a cliché to say, but the Russian people really do have a soul, an inner depth, some kind of intuitive power. They are not dry rationalists. They are grounded in their place. There is a sense of spirituality here that is difficult to find in the West. There is also a self-reliance here. Russia doesn’t need another country to understand itself.

Ekaterina: do you have any interesting stories to tell about your time in Russia?

Leonard: oh, gosh, yes I think so. I suppose leading on from what I was saying, I am constantly impressed by the intellect of the average Russian. Just the other day, I was taking a taxi home after an evening out. I have a habit of always talking to taxi drivers as it is often one of the few opportunities I have of practicing my Russian with someone who normally knows little English. On this occasion, the driver asked me what I was doing in Moscow and we started to talk about languages. When I told him I was a linguist, his eyes lit up. ‘Oh’, he said. ‘I have always wanted to know what is the relationship between written and spoken Sanskrit?’. Here was a Siberian taxi driver who was quite familiar with the Rig Veda. Not because he had any training in Indology, but simply because he had that curiosity for the world. And it is that I share with the Russian people. I have many such stories: coffee vendors who are very well-informed opera afficionados; train guards who told me the Russian and Latin names for all the trees as the train swept through the taiga etc.

Ekaterina: You speak very good Russian, Dr Leonard. You speak so many languages, but what has your experience been of learning Russian?

Leonard: You are too kind, Katja! To be honest, I am a bit embarrassed by my Russian. I feel like it should be better. The problem is I read and write in English, and so it can be difficult to immerse myself in the language. I am a believer in immersion as a means of learning a language. I love it when I have an opportunity to talk to a monolingual Russian as I just feel like I am improving all the time. Occasionally, I feel like I have to eke out those opportunities.

Russian is a real challenge. Get the stress wrong (and it can be difficult to get it right) and nobody understands a word you say. But Russians love it if you can speak their language, and are very supportive of my efforts. I have found it far harder to learn Russian than any of my other languages, but I am not giving it up!

Ekaterina: I am pleased to hear it. Finally, could you reflect a little bit on your experiences of teaching at Moscow State Linguistic University?

Leonard: Well, as you know, Katja, Moscow State Linguistic University is a unique institution. It teaches no fewer than 38 languages and is one of the best specialised schools for the training of interpreters and translators in the world. As somebody who is mad about learning languages, this is a great place for me to work. I have been extremely impressed by the students that I have taught. They are very clever, courteous, inquisitive and full of interesting insights and comments. Initially, Russian students can seem very shy but after a couple of lectures they normally come out of their shells. Or at least I do my best to make sure they do. In many respects, Russian universities like MSLU incorporate all the best features of British and American universities before they were hijacked by the woke agenda. They can seem a bit old-fashioned, but I mean that in a good way. Students come to learn, and they are taught in a proper, rigorous manner. Exactly as it should be. I remember the first seminar series I attended in Moscow. The professor walked into the room, sat down, and spoke for 3 hours with a 5 minute break in the middle. The students sat there quietly and took notes throughout. That would be impossible in Britain. The students would be protesting and complaining.

My next course is going to be on the Russian philosophy of language. We will be looking at contributions made to the field of philosophy of language by a number of Russian linguists, poets, theologians and philosophers active in the period of 1870-1930. These thinkers were absolutely original in their approach to language, and I am already looking forward to the discussions with our students.

Ekaterina: Dr Leonard, thank you so much. On that note, we will draw to a close our discussion for today. Thank you for telling us about your background and interest in foreign languages. I believe that we are going to have another opportunity to meet and then we hope to discuss in more detail your research. I am already much looking forward to the discussion. Just before we finish, I have been hearing about your dog in Moscow. What kind of dog is he and when can we meet him?

Leonard: Haha. His name is Stan. He is a 4 year old working spaniel. He is my pride and joy. I can honestly say getting him was the best thing I ever did. He is loving, loyal, very intelligent and the best company you can imagine. And he even understands a few words of Russian!

Ekaterina: He sounds adorable. We look forward to meeting him. Thanks again for your time today.