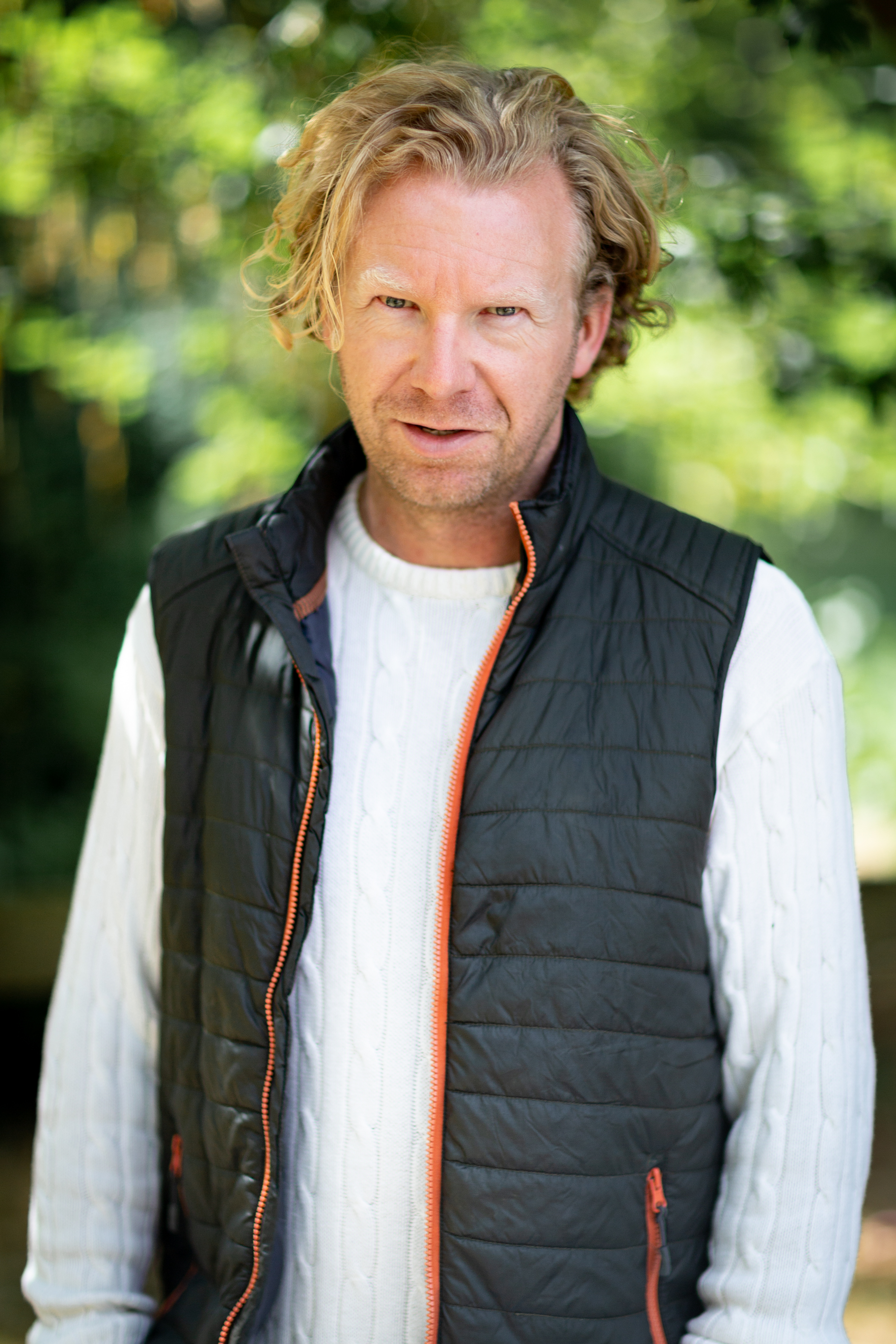 Posted at 20:13h in Uncategorised by Stephen Pax Leonard

Colombian families of former hostages turn to radio for justice

I am sitting in the reception of the Marriott Hotel in Bogotá. I have come here to meet Herbin Hoyos. Herbin, one of the most well-known journalists in Colombia, ran a radio programme called Voces del Secuestro. This programme aired one-way radio messages aimed at hostages kidnapped by the FARC and held captive in the Colombian jungle. Messages were read out on air every Saturday night (reception in the Colombian jungle is best between 01:00am and 04:00am) for 22 years. The FARC kept hostages in the dense jungle hidden away from the rest of the world, inflicting severe emotional distress on their relatives as well as of course the captives themselves. Many of the hostages were given a radio to help deter suicide or insurrection; suicide would mean loss of a lucrative ransom. The FARC and other paramilitary groups soon realised that a radio would help calm a hostage and thus make the life of the guard much easier.

I have spent the last month travelling across Colombia – bustling cities, frigid Andean pueblos and sandy beaches – analysing the impact of these one-way radio messages and meeting all manner of former captives whose emotional well-being was dictated by these weekly messages. I have met with former Presidential candidates, politicians who were kidnapped from the Cali assembly, former Army Generals, former Ministers of the Uribe Government, businessmen and policemen as well as their families and loved ones who sent these messages. I also met with those whose fathers never returned from the jungle, those who continued to send radio messages for years having no idea whether the captive was alive or not.

Radio was the centre of the hostages’ social life. The radio could heal, create feelings of hope, love and affection and be a tool of empowerment. However, radio could also create tensions in such a situation. Hostages were often held in small groups and would have to share a radio. The actions of one hostage could mean that the radio was taken away from the whole group as a form of punishment. Some hostages described this as torture. Fearful of having them removed, hostages would build sophisiticated hiding places for their radios. Such was the hostage’s relationship to radio, some felt suicidal if these small devices were taken away from them.

About 50 messages were broadcast every week on Voces del Secuestro, but in the 1990s when far larger numbers were taken hostage, there were as many as 100 messages. Over 90 per cent of hostages that were released said that they listened to the radio programme. In Colombian cities such as Medellín, people queued around the block all night, just to leave a message. One caller, Enrique Alfonso Celis, called the programme every Saturday night for 17 years. Radio played such a pivotal role in the conflict, even radio technicians were kidnapped, so that they could repair the guerrillas’ radios. Radio and the constant need for batteries became part of the material culture of the jungle. It is believed that these radio messages broadcast on Voces del Secuestro reached about 16,000 people. Caracol Radio gave speakers two minutes to read their message. Those who had travelled 15 hours from the coast on the bus got 15 minutes.

The radio show became an archive for the conflict. The Government did not have a list of the people that had disappeared, and so one of the first tasks of the radio station was to set out to compile a list. The radio station had the most accurate database for the kidnapped and believed that over a period of two decades, in excess of 20,000 people were kidnapped. Caracol Radio and Voces del Secuestro specifically has become co-terminous with a form of Colombian civil intelligence. Callers to the radio station put all their faith, hope and trust in the DJ Herbin Hoyos. They believed (and still believe) that he was the only person who could bring about justice. On some of the messages the callers state this explicitly.

All this explained why it has taken me a month to meet Herbin. Herbin has survived three assassination attempts by the FARC and divides his time between three countries. Now that the conflict is officially over, tens of thousands of Colombians want justice and want to know what happened to their friends and relatives. Herbin, himself a former hostage, understands the FARC organisation better than anybody else and in some instances can get the answers to their questions.

After waiting for close to an hour, I receive a call from Herbin to say that he will soon be entering the hotel. On the pavement outside, armed men patrol with guard dogs. Finally, Herbin enters. He recognises me, nods and walks over towards my table. Herbin is a man who is full of life and energy. He has barely sat down and stories of intrigue and adventure pour out of his mouth. He is a man who has devoted his life to obtaining justice for the hostages and their families. We talk about the peace process, the history and evolution of the radio programme. Placed on the table his three mobile phones take turns in flashing, bleeping and vibrating. Now, I realise why it has taken a month to organise a meeting with him. He tells me that the radio programme has finished now, and that his knowledge of the ins and outs of the hostage-taking has made his life even more precarious than it was during the conflict. Knowing that one of his phones will call any minute, I fire questions at him in quick succession. I need access to the tapes of the messages, but discover they have been taken out of the country. One of the phones rings. He turns his head and whispers into the phone. The tone of the meeting changes. He looks nervous and cocks his head towards the entrance of the hotel. He gestures to two oddly conspicuous men wearing baseball caps and large sunglasses, indicating that he will meet them in the other corner of the hotel reception. They are followed by a tall man wearing a suit. Herbin asks me to stay seated and goes to the meet the individuals. I have no idea who these men are or what is about to happen. After a brief conversation, Herbin returns to our table and asks me to join him.

Together, like a group of awkward exiles, we sit in the corner of the hotel lobby. They all speak in hushed voices. I sit glued to the couch, concentrating on every word. At first, it seems like a parody. The men look distinctly nervous, hiding behind their big dark glasses and baseball caps. Herbin takes a seat next to me and instructs the men to remove their glasses and caps. ‘Gentlemen. We are among friends. Please. This is Stephen from Oxford. He is an anthropologist researching the impact of radio messages on the hostages’. I am introduced to the men, both of whom have been given fake identities. One of them is bald. The other has olive skin and a moustache. They were both senior commanders in the FARC and spent all their adult lives in the organisation. They now provide intelligence to the Government on drug-trafficking and kidnapping. The besuited man is a Government official, responsible for their security. I sit silently as the men discuss the details of an intelligence operation that is about to be launched. I have little choice but to listen to every word. Not wishing to appear an eavesdropper, I manage in a break in the conversation to mention my interest in the radio. With lowered head, one of the ex-FARC commanders nods. He begins to tell a story about a former guerrilla who had been imprisoned and who through Voces del Secuestro managed to leave a message for the wife of a man he had murdered. Live on radio, he asked the woman for forgiveness and in a susequent messages from the widow this was granted to him.

We talk about how Radio Caracol was also used by the Government as a means of deception in rescue attempts, sometimes sending coded messages to hostages via songs. One song was played on 130 radio stations in the jungle where the Colombian Government owned the radio stations, and heard by millions of people. The coded messsage in the song told hostages (who were able to decipher it), ‘we are coming to free you. Be ready’. Messages were turned into morse code and incorporated into songs. It is claimed that some of the hostages were able to interpret these, but not the FARC guerrillas.

The moustachioed man tells me the FARC did not receive messages directly on Voces del Secuestro, but they listened to messages left by mothers who were looking for their sons and daughters who had disappeared. It would have been dangerous for them to have received messages as other FARC members might have suspected that they contained codes, that some kind of information was being camouflaged.

Radio told the hostages which day and time it was. It would bring some normality back to life. It gave structure to their daily lives. One informant told me that thanks to the radio he worked out where in the jungle he was. The signal for a Choco radio programme based in Iscuande (Nariño, south-west Colombia) became suddenly very strong. After years of not knowing where he was (hostages were frequently moved around and the surroundings were often more or less the same), he knew suddenly that he was in the Nariño region.

Herbin tells us that for some of the hostages the radio voice became the embodiment of something spiritual, a voice from Heaven, the mouthpiece of the Gods. Others only knew their listeners acoustically. One teenage girl I met left messages for her father for five years before he was murdered in a botched prisoner exchange. All kinds of radio stories pour forth, but I have a plane to catch. I whisper into Herbin’s ear that I need to go back to the flat to pick up my suitcase. ‘You will need to go in my car’, he whispers. He gives me a firm handshake. I say goodbye to the men and am ushered out the back entrance of the hotel into a bullet proof vehicle. A young smiling man weaves us through the traffic, joking about life in Colombia. My eyes are glued to the rear window.