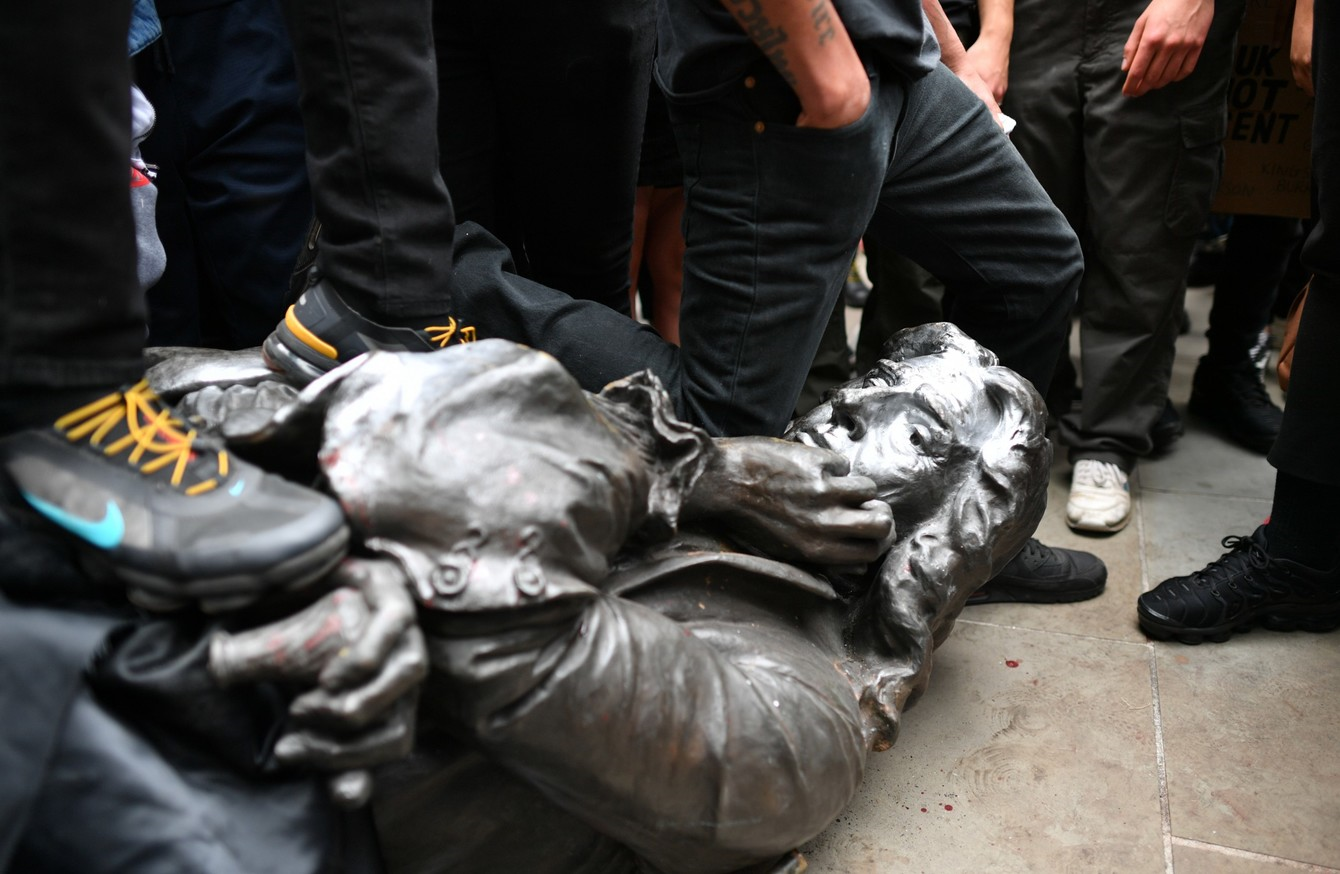 11 Jun 2020 The toppling of statues: descent into cultural nihilism

Posted at 08:32h in Uncategorised by Stephen Pax Leonard

It was the spring of 2003. Amidst a vortex of gorging humanity, the statue of Saddam Hussein in Baghdad was being ripped off its plinth by excitable vandals. Many western television viewers sympathised with these young men dressed in thawbs who were celebrating the end of decades of repression and dictatorship. For the majority of Britons watching very similar events unfurl at the weekend, the feeling was, however, quite different. I suspect people were puzzled by two things: firstly, who is Bristol’s Edward Colston and second where is the police to stop the mob? It did not take long to get the answers to these questions.

Colston was a wealthy trader who lived 350 years ago. He made his money from slavery and then gave most of it away to local schools and hospitals. One might also note that he was a Tory Member of Parliament, and that is more relevant than it seems. Many assume his statue glorifies the slave trade, but a less cynical take on history would surely suggest it represented a celebration of his immense philanthropy. He was infact the kind of philanthropist we go out of our way to celebrate nowadays, not by erecting statues but in the naming of institutes. The list of contemporary ultra-wealthy benefactors that we celebrate and who amassed their wealth by dubious means is endless. In Oxford alone where Mr Rhodes must be trembling on his plinth now that he falls under the constituency of the Far Left, we have Wafic Said, the Saudi-Syrian arms dealer after whom the Business School is named and Len Blavatnik, the Ukrainian oligarch after whom the School of Government is named.

As to the second question, the police were standing by, taking photographs and videoing the event as if it were some kind of tourist attraction. In order to comply with the norms of the PC orthodoxy, they were asked to stand aside. Criminal activity, it seems, can now be tolerated providing it meets the muddled and spurious agenda of the hypermoralists. Knowing that the mob had now carte blanche to do as they wished, all kinds of statues became suddenly their potential targets. Hoes in hand, groups of fine upstanding gentlemen took to guarding war memorials and monuments of Churchill in what resembled some kind of spoof peasant’s revolt (Note: The Peasants’ Revolt took place after the Black Death pandemic…). Had they not imposed law and order, then perhaps Churchill, Nelson & Co. would have found themselves face down at the bottom of the Thames. And, they still might.

The insidious twins of globalisation and social media have enabled this kind of synthetic outrage and sanctimony to be mobilised and globalised more or less instantaneously. In this digital age, what matters is emotional contagion, not facts – statistics show police brutality is not a problem in the UK, and thus the death of Mr Floyd is largely a red herring as far as our country is concerned. As evidence that this anger is not genuine, we might look at the subsequent removal of Robert Milligan’s statue in London this week. Capitalising on the complete vacuum of moral leadership from Boris Johnson, the mayor of London set the agenda drawing up immediately a list of statues he wanted removed to suit his sanctimonious vision. The first to fall was Milligan. As the vandals could not have the pleasure of ripping the statue down themselves and thus revelling in the symbolism of a victimised people rising up against its allegedly racist aggressor, about 40 people turned up to applaud instead of tens of thousands. The opportunity for a publicity stunt had been missed. As suspected, almost nobody really cared about the plight of the statue or indeed the life of Mr Milligan. What matters instead are the misspelt anti-racist memes and hashtags disseminated across a multitude of social media platforms and ‘shared’ and ‘liked’ by digital zombies who prioritise virtue-signalling over trusteeship of the past.

Prowling through the meta-political shrubbery, we can see in fact that amidst the bonfire of ideologies embraced by the social justice Left, what really matters is the duty of cultural nihilism. By cultural nihilism, I mean a veiled imperative to devalue certain aspects of our cultural life if these features are not able to appeal to some victimology or other. The actions of the social justice Left comply invariably with this narrative. Hand-in-hand with institutionalised virtue-signalling, this cultural nihilism results in curious public displays of wokeness. We make the mother of Stephen Lawrence a peer of the realm; our Parliament holds a minute’s silence for a victim of American police brutality completely unknown to us, and yet we ignore the savage murders of our own law-abiding citizens such as Emily Jones – the seven year-old girl stabbed to death by a stranger in a park in Bolton. Such pandering to rioters that are attacking our cities is likely to result in one unwelcome thing: the resurgence of the Far Right.

Meanwhile whilst so many of us are anxious to comply with the demands of herd morality, one might pause to remember that today’s whims and fancies might be tomorrow’s regrets. The Iraqi wrestler, Khadim Al-Jabbouri, who was the first to take a sledge hammer to the statue of Saddam Hussein in Firdos Square, Baghdad now regrets his actions and wants the monument replaced: ‘Saddam has gone, but now in his place we have 1,000 Saddams. When I go past that statue, I feel pain and shame. I ask myself “Why did I topple that statue?” We can remove the statues of Colston, Milligan, Nelson (the list is surely endless for almost every historical figure would fail to meet the vicissitudes of contemporary anti-racism), but in doing so we too risk giving into the ‘bigger’ demands of the iconoclast Saddams that break the lock-down and attempt to rewrite our history.