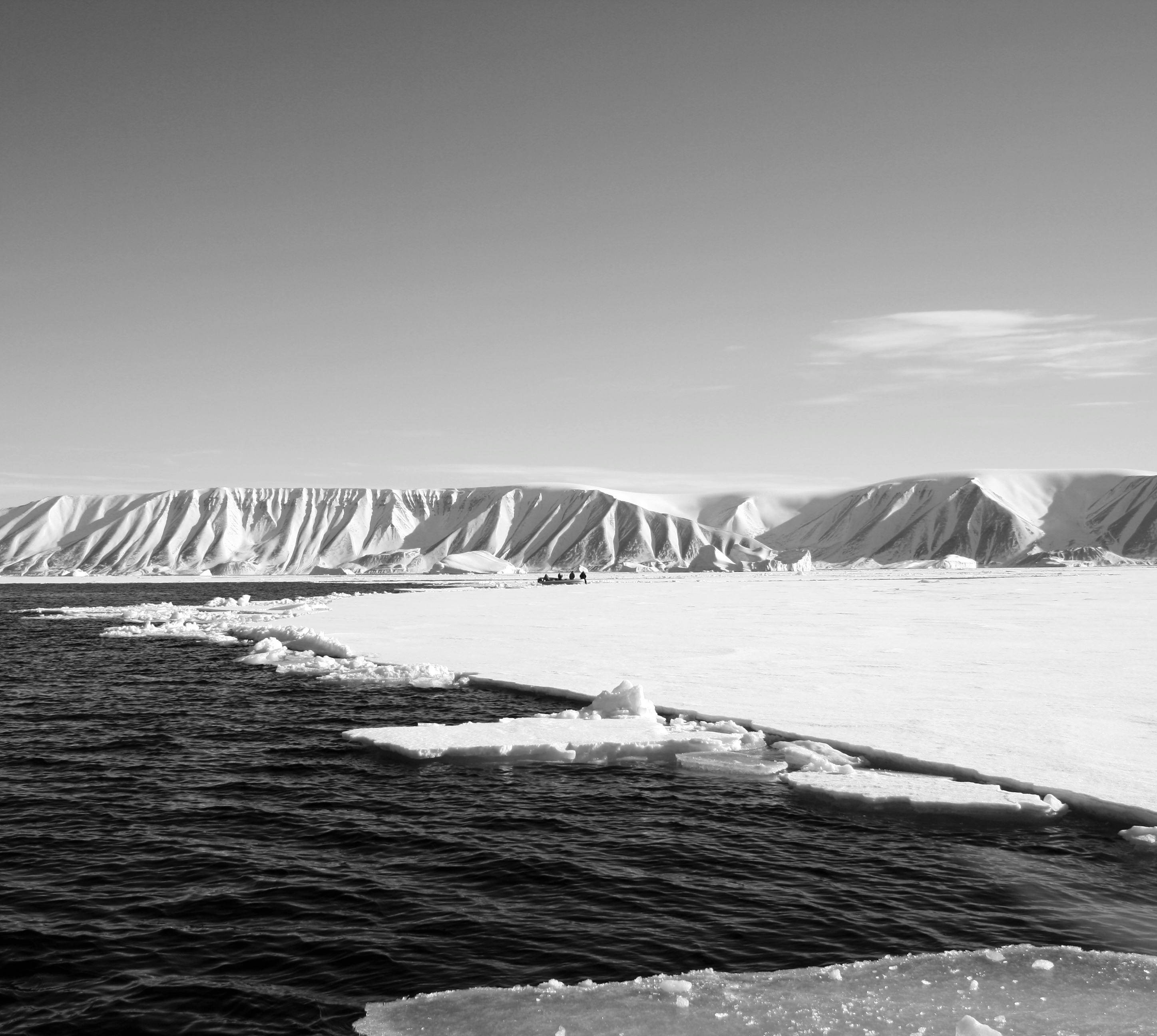 Posted at 09:24h in Uncategorised by Stephen Pax Leonard

Vaporised words linger in arid self-interrogation. There is an extended silence, a short sonata of raised eyebrows and then a meaningful grin. Ibbi, an Inuit hunter, sits in my freezing hut, patting his firm bulk full of seal meat. Implausible palindromes are whispered over black coffee, and jokes are shared about his embonpoint. Thin jokes, admittedly. Here we sit hour after hour, pensive and introspective, during the interstices of everyday life. As is so often the case in this remote, bewitching place, our thoughts turn to the urban sprawl-sopped lands beneath us, to those living in choked cities that we call ‘civilised’.

I spent a year living in a hut on my own in north-west Greenland. I lived on the edge of the Ice Sheet and shared that extraordinary world with a few hundred hunters that live in an area the size of Germany. With the ice melting, that barrier to the outside world — the frozen buffer —, both metaphorical and physical, is disappearing. A time of privileged isolation is coming to an end, and Ibbi used to speak to me endlessly about this. Their world is melting and the trouble is heading our way. Make no mistake about it: if we can’t make the necessary changes, catastrophe awaits.

I do not wish to revisit the arguments for climate change. The case should have been settled long ago, and the evidence is increasingly before us each day of the week. No, here, I simply want to explain why caring for the environment is not ‘woke’ (as some Twitterers continue to claim) but is in fact at the heart of what conservatism should be about. Caring for our planet should not be made to sit alongside a cohort of polarising identity politics’ issues relating to race, minorities, sexuality and transgenderism. Let us not try and conflate caring about the wild places left on Earth with BLM. Afterall, the environment cannot be the basis of some kind of ‘persecuted’ identity. It cannot claim victim status. It is nothing of the sort.

Conservation should be the number one conservative value, and whilst it should not be a party political issue, the climate crisis is arguably an opportunity for green conservatism to harvest the ideological ground, a chance to demonstrate the appeal of real conservatism if there is still such a thing. The planet’s best hope is conservation based on market solutions (natural capital initiatives, making big businesses pay for so-called ‘externalities’), not a narrative of environmental ‘justice’, a movement whose real concerns lie elsewhere.

We must accept that our economy is embedded within the biosphere, and that humanity needs to reduce its demands on nature and increase nature’s supply. Surprisingly perhaps, this axiom has been the most salient feature of Boris Johnson’s premiership. Mrs Johnson appears to be pulling some of the levers, I suspect, and that is fine with me. With the Prime Minister’s net zero carbon ambitions, the Conservative Party has finally seized in fact the environmental cause as its own. It should have done this long ago. Unlike the liberal-left’s approach which tends to invoke the social justice ideology when formulating environmental policy, a sound conservative approach aims to help nature exclusively.

In recent months, we have seen said woke ideology seize environmental organisations and the climate movement. One could be excused for thinking that Friends of the Earth seem to care more about defunding the police than saving the planet. Such trends concern me for they risk polarising the climate issue, placing it at the centre of tribalist identity politics instead of universalising it. If unwittingly people think of climate issues as ‘woke’ (as regrettably a number of high-profile conservative commentators do), then the environment might return to fringe politics. We cannot allow that to happen. In turn, if we allow nature to get lost under the blurry ‘social justice’ cover term, then again the environment will no longer be the real focus of policy-making.

Boris’ green politics is thus truly welcome for it aspires to channel energy into the right causes. However, ‘conserving’ the environment should not just mean reducing carbon emissions, but also the conservation of the land – for example, refusing to fill up the English countryside with the stigmata of suburban housing estates. And on this front, the Government as with every previous Government will, I imagine, fail badly. The ecological crisis should force conservative thinkers to reconceptualise their guiding assumptions and principles, and the current Cabinet has come a long way but are only partially down the road.

When I returned from the Arctic tundra to Cambridge, I did everything I could to get involved in green issues and add my personal narrative to the overall climate change story. I was and remain passionate about preserving the wild places left on the planet. I went to Greenpeace, Friends of the Earth meetings and mingled with any number of green NGOs. More or less everywhere I went, I found people who were more committed to LGBTQ propaganda and flagrant attacks on conservatism than preserving nature. Ideology works by disguising its ideological nature, I suppose. And so, I soon sought company elsewhere. Such as amongst the Natural Capital Initiative and TEEB (The Economics of Ecosystems and Biodiversity) whose vision is guided by placing an economic value on nature and ensuring that big businesses account for natural capital and pay for any ‘externalities’. Only these approaches will bring about in the long-term a more sustainable and equitable form of capitalism that the planet desperately needs.

So, let’s not tarnish the Tory’s green push with the ‘woke’ brush, but instead let us support it and push for big business to be held accountable for any operations that damage the natural world. Only then will green conservatism mean much more than just CO2 emissions.